A cardiomyopathy is defined as a disorder in which the heart muscle is structurally and functionally abnormal, in the absence of coronary artery disease, high blood pressure, valve disease and congenital heart disease sufficient to cause the observed abnormality. Cardiomyopathies can be familial/genetic, occurring in more than one family member, or non-familial/non-genetic, occurring in the patient and not affecting other family members.

Types of cardiomyopathy include:

All disorders of the heart muscle form and function need careful evaluation to determine the precise abnormality, the value of genetic testing and screening of family members, and to direct appropriate treatment to alleviate symptoms and prevent future complications.

Hypertrophic cardiomyopathy (HCM) is perhaps best known for being the most common cause of sudden cardiac death in young athletes, but it also affects 1 in 500 or more of the general population and is associated with a risk of sudden cardiac death in seemingly fit and healthy adults. There are a number of gene mutations responsible for HCM and genetic testing can now be used to identify family members at risk of inheriting the disorder. Many affected families have an autosomal dominant pattern of inheritance, meaning that there is a 50% chance of any first degree relative (sibling, parent, child) carrying the affected gene. The way the abnormal gene “expresses” itself in any one patient, however, is highly variable; some patients may have no symptoms at all and heart function will appear normal, whereas others may be very limited at an early age by symptoms such as breathlessness, palpitations, chest pain, fatigue and fluid retention. If a patient is found to have hypertrophic cardiomyopathy, it is important that the rest of the family is screened so that appropriate advice and treatment can be offered, including drug therapy, pacemakers and implantable cardioverter-defibrillators (ICDs) in selected patients, and techniques to remove the thickened heart muscle by conventional surgery (myectomy) or percutaneously (septal ablation).

Dilated cardiomyopathy (DCM) is not uncommon; at least 25% of patients in Western populations have evidence for familial disease with predominantly autosomal dominant inheritance. Diseases linked to the X sex chromosome, such as Becker and Duchenne muscular dystrophies, are also associated with DCM, as are other gene mutations. There are also many non-familial causes such as infection of the heart muscle (myocarditis), caused by a virus, excessive and prolonged alcohol ingestion or nutritional deficiencies. Muscle recovery may occur in patients whose cardiomyopathy has a specific and reversible cause, such as alcohol-induced and virally-mediated cardiomyopathy.

Arrhythmogenic right ventricular cardiomyopathy (ARVC) is a very specific abnormality which, although uncommon (1 in 10,000 prevalence), is a frequent cause of sudden death in young people in some parts of Europe. It is caused by a problem with the proteins that join the heart muscle cells together; when the proteins fail to develop properly they cannot keep the muscle cells together and so they detach from each other and die. Scar tissue and fat deposits develop where the heart muscle cells should be, which leads to the heart muscle becoming thin and stretched. This then means that the pumping action of the heart is not as effective as it should be, and the changes in the structure of the heart muscle affect the electrical pathways through the heart, creating potentially life-threatening changes in heart rhythm. Patients with ARVC should see a cardiologist regularly to optimise the pumping action of the heart, monitor for dangerous heart rhythms and, as necessary, consider implantation of an ICD to reduce the risk of sudden death from a fatal arrhythmia.

Restrictive cardiomyopathy has many causes and is characterised by increased stiffness of the heart muscle, typically affecting the filling of the heart chambers with blood. The normal heart muscle cells are replaced by other tissue such as scar tissue, which makes the muscle stiff and unable to relax enough to allow the ventricles to fill adequately with blood with each heart beat. Less blood in the ventricles means less blood flow around the body, leading to symptoms of heart failure such as tiredness, breathlessness and fluid retention. This type of cardiomyopathy is rare in comparison to the others and although it can develop at any age, it is most often diagnosed in children around the age of 5 years.

Peripartum cardiomyopathy (PPCM) is a specific type of cardiomyopathy affecting women in the last month of pregnancy and/or in the first five months after childbirth. It affects approximately 1 in 2,000 mothers and the causes are not fully understood. PPCM causes the left ventricle to become enlarged, which in turn causes the heart muscle to become thinner, weaker, and less effective at pumping blood around the body. If blood does not circulate effectively, fluid can build up in the lungs, causing shortness of breath and severe fatigue. PPCM can be life-threatening if it is not treated promptly and effectively, but around 70% of women have regained normal heart function one year after delivery.

Takotsubo cardiomyopathy is also known as “broken heart syndrome” or stress-induced cardiomyopathy, since it tends to be triggered by extremely stressful or emotional events such as bereavement. It can also be brought on by a physical issue such as severe pain, or indeed from the emotional response to an overwhelmingly positive event. The symptoms are generally the same as a heart attack, with many patients reporting sudden intense chest pain, and the main characteristic is the shape that the left ventricle takes in this condition; “Takotsubo” is the Japanese word for octopus pot, and the left ventricle balloons to a similar shape during an episode. Most people recover within a few weeks but in some people the heart muscle function can be permanently affected and so follow-up with a cardiologist is important. 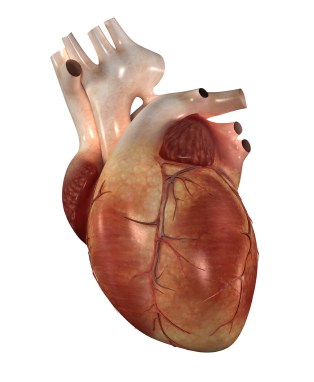 If one family member is born with a heart abnormality (known as congenital heart disease) or is found to have a heart muscle abnormality known as a cardiomyopathy, there is a risk that other family members may be similarly affected. Read more