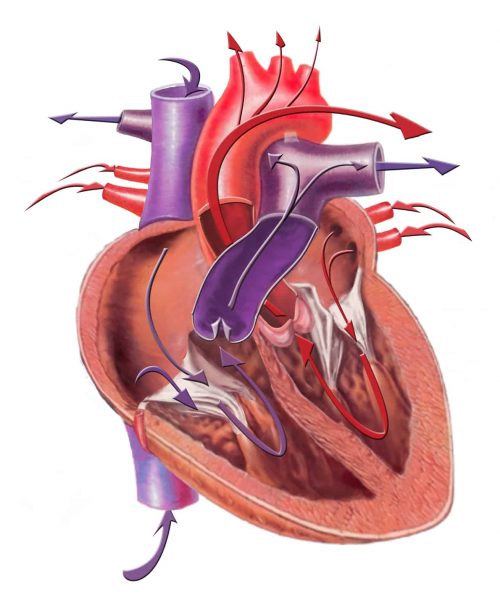 The average heart will beat over 2.5 billion times in a lifetime.  Despite this remarkable fact the heart is essentially simply a sophisticated muscular pump, which pushes blood containing oxygen and other essential nutrients around the body, and delivers waste products to the kidneys and lungs. Each time the heart beats, approximately 70 times a minute, a complex cycle takes place: 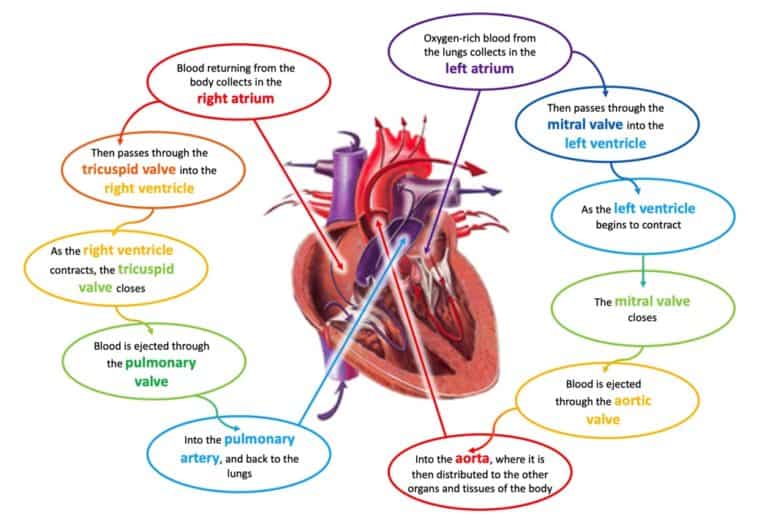 For the heart to pump effectively it requires a regular and reliable heart beat, which it derives from its own electrical conduction system. The heart has its own pacemaker, known as the sinoatrial (SA) node, which emits an electrical pulse at a rate determined by the body’s requirements, slowing whilst sleeping, but increasing with exercise, fever and emotional stress. The electrical pulse wave spreads from the right to the left atrium, triggering muscular contraction of these chambers and passage of blood into the ventricles below. The impulse then passes into a structure called the Bundle of His, which divides into left and right branches to the left and right ventricles. Specialised conduction fibres rapidly conduct the impulse to the ventricular muscle, causing contracting of the muscle, which ejects the blood into the aorta and the pulmonary artery. This is known as sinus rhythm, which is the normal rhythm of a healthy heart. 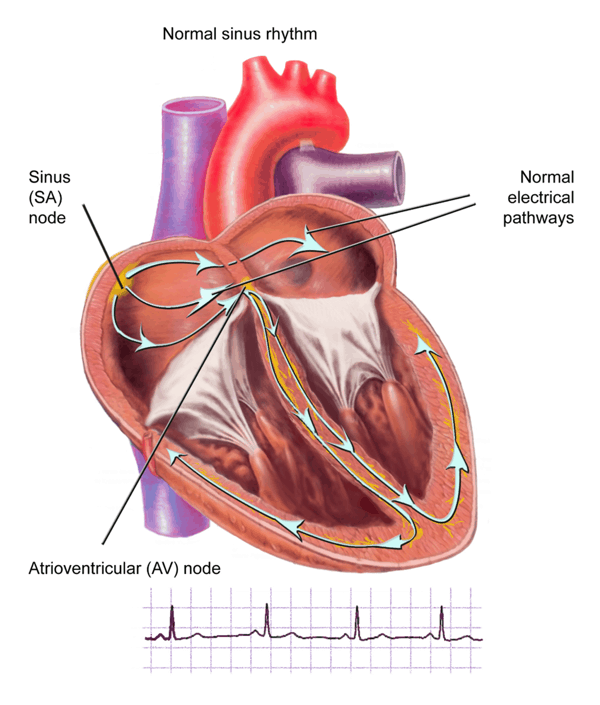 Like any muscle or organ, for the heart to carry out its function it needs its own supply of blood and oxygen, which it gets from the coronary arteries. When these arteries are healthy they deliver a flow of blood to the heart muscle appropriate to the activity being undertaken, for example, a faster flow during exercise when the heart is beating harder and faster, than during sleep when the heart rate will naturally be much lower. If the lining of a coronary artery has become narrowed with cholesterol and other deposits, the blood and oxygen supply to the heart muscle during stress becomes inadequate, leading to chest pain and angina. Furring up of the arteries develops over many years and can occur both gradually and suddenly;  gradual progression of the furring up process typically causes symptoms such as exertional chest pain and breathlessness however, another manifestation of the same disease process is a myocardial infarction, or heart attack. 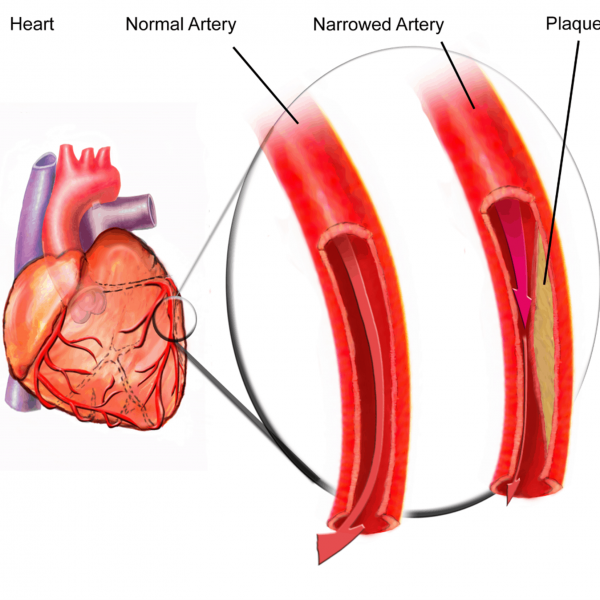