Statins are one of the most commonly prescribed drug classes worldwide, given to hundreds of millions of patients across the globe. Statins have several mechanisms of action and one of the most important is that they reduce the level of cholesterol in the blood by inhibiting the enzyme in the liver that produces it. Less cholesterol in the blood stream means that there is less that can be deposited in the artery walls and create new plaques. Statins also stabilise plaques, and cause a degree of regression in plaque size, making them less likely to rupture and thereby reducing the likelihood of a heart attack. Statins have also been shown to have anti-inflammatory properties within the arteries, further reducing the risk of plaque rupture.

Cholesterol is measured in mmol/L in the UK (mg/dL in some other countries), and meta-analyses (a combination of results from multiple studies) have demonstrated that for every 1 mmol/L drop in LDL (the “bad”) cholesterol, there was a reduction of 24% in the risk of heart attack, 15% in the risk of stroke, and 19% in the risk of death from coronary artery disease. The average patient on an appropriate statin at the correct dose might therefore expect their future cardiovascular risk to be halved.

With any medication there is always a trade-off between the potential benefit the drug may have in an individual, and the risk of it causing side-effects. The most publicised side-effect associated with statins is muscle pain, with particular concern about a link between statins and a potentially fatal muscle condition called rhabdomyolosis, however the likelihood of this is very rare.

In terms of general muscle aches and statin usage, and also potential side-effects such as nausea, insomnia and fatigue, a review of statin studies looked at the experiences of 83,000 people and concluded that “almost all reported symptoms occurred just as frequently when patients were administered placebo” – in other words the statin was not responsible.

Statins can, however, be incriminated in two areas: firstly in about 3% of patients the drugs are associated with a rise in liver enzymes, and secondly the rate of developing diabetes is slightly higher in statin takers than those taking placebo (3% and 2.4% respectively).

In asymptomatic patients it is unclear as to whether the rise in liver enzymes is harmful, but many people naturally have raised liver enzymes as a result of obesity or alcohol intake in any case, and in most instances the findings are dose-dependent such that lowering the statin dose results in normalisation of the liver enzymes.

In terms of diabetes, the study found that only 1 in 5 new diagnoses of diabetes could be directly attributed to taking a statin. Although diabetes itself is a major risk factor for cardiovascular disease, the beneficial effect of the statin on the cardiovascular system outweighs the risk posed by it potentially triggering diabetes.

There have been many headlines over the years citing confusion, memory loss and dementia as possible consequences of statin therapy but the literature has been very variable, making it difficult for a clear consensus to be reached.

In 2013 a team of researchers from Johns Hopkins University in the US undertook a systematic review and meta-analysis of the short and long term cognitive effects of statins. They found that short term use of statins did not have any consistent adverse effects in terms of confusion or memory loss. Long term studies, which encompassed 23,443 patients with an average exposure to statin therapy from 3 to 24.9 years, found no association between statin use and increased risk of dementia.

Pooling the trial results actually revealed a 29% reduction in the risk of dementia in statin-treated patients.

Ezetimibe is a different type of drug, which works by reducing absorption of cholesterol from the small intestine. Ezetimibe can be used in isolation in patients who are intolerant of statins, but it is more often used in addition to a statin in patients who have not been able to achieve a low enough LDL cholesterol level on a statin alone.

Statins were first introduced in the late 1980s and became established as the most effective way to lower LDL cholesterol and reduce cardiovascular risk. Despite their success, a small proportion of patients cannot take statins due to side-effects, and some patients with particularly high levels of cholesterol, such as those with familial hypercholesterolaemia, cannot achieve adequate cholesterol lowering with statins alone.

Research in recent years has found that people who have greater levels of an enzyme called PCSK9 have higher cholesterol levels and a greater incidence of early heart disease, whilst people with less of the enzyme have lower cholesterol and a lower risk of cardiovascular disease.

PCSK9 inhibitors are very effective at lowering LDL cholesterol, but at the moment they are also incredibly expensive, with treatment costing in the region of £4,000 per year. As such they are only funded on the NHS on a case by case basis and there are naturally very specific conditions in which they are prescribed. The drug has to be given by injection subcutaneously every 2 to 4 weeks and rapidly lowers the level of LDL cholesterol. Other novel therapies to lower cholesterol are currently being evaluated in randomised controlled trials.

Patients often ask what they themselves can do to lower their cholesterol rather than relying on medication alone. In addition to the standard advice which recommends weight loss, regular exercise and a sensible diet (fish, fruit and vegetables, fewer dairy products, less red and more lean meat), there are some products, available without prescription, that are marketed as cholesterol-lowering substances.

Plant stanols and sterols are found in small quantities in plant-based foods such as cereals, vegetable oils, seeds and nuts, meaning that the average diet probably contains around 300 mg of these per day. Research has shown that an intake of 1.5 to 2.4 g per day could reduce cholesterol by 7 to 10%.

Although vegetarian diets are much higher in plant stanols and sterols, it would still be difficult to achieve an intake of 2 g daily with diet alone. They are available in tablet form from health food shops, but there is also a range of fortified milk, spreads, yoghurts and yoghurt drinks on the market (e.g. Benecol, Flora Pro Active) which allow people to work plant stanols and sterols into their diet more easily.

Guidelines generally support the intake of 2 to 2.5 g of plant stanols and sterols per day as part of a healthy balanced diet. Most studies have shown that there is no benefit to consuming higher quantities, and that in fact larger amounts may interfere with the absorption of fat soluble vitamins, so it is important to limit intake of these to within the recommended guidelines.

It is safe to take plant stanols and sterols alongside statins, but they are not recommended for people taking ezetimibe, or for pregnant or breastfeeding women.

As the name might suggest, red yeast rice is a bright red/purple fermented rice, frequently used in Chinese cooking, and also in Chinese medicine. Back in 2008 red yeast rice hit the headlines following a study in China, which showed a correlation between intake of red yeast rice and lower cholesterol levels, which in turn led to fewer deaths from cardiovascular disease within the group that had been taking it.

4,870 people were used in the trial, and they were all individuals who had experienced a heart attack in the five years leading up to the trial start date. The participants were put on a controlled diet and taken off any medication that might reduce their cholesterol levels, and were then given either tablets containing red yeast rice extract or inactive (placebo) tablets.

The results of the study showed that 10.4% of people in the placebo group had suffered either a heart attack or stroke, or had died during the follow-up period, compared with only 5.7% of people in the red yeast rice group. In some respects this result was not surprising, as one of the first ever statins, lovastatin, was extracted from red yeast rice, and countless studies over the years have demonstrated that lower cholesterol equates with a lower cardiovascular risk.

Red yeast rice should not be taken in addition to a statin, since the mechanism of action is the same and the combination may therefore cause toxicity to the liver. Most manufacturers recommend a dose of 1,200 mg daily (typically in the form of two 600 mg tablets), which is estimated to contain around 7 to 8 mg of lovastatin. It is interesting to note that the Food and Drug Administration (FDA) in the US actually considers any red yeast rice product containing lovastatin to be an unlicensed drug, highlighting the importance of caution when taking these supplements.

Almonds have been shown to reduce LDL cholesterol, in some individual cases by as much as 10 to 15%. Replacing a packet of crisps or other high carbohydrate snack for a handful of almonds might prove to be a swap that could help to reduce cardiovascular risk, but since nuts are very high in calories, patients are advised to limit their intake to around 35 g (approximately a handful) per day.

Oats contain a type of fibre called beta glucan, which binds with cholesterol in the intestine, thereby preventing it from being absorbed. Studies have shown that around 3 g of beta glucan per day can reduce cholesterol by around 10%. 1 g is roughly equivalent to a bowl of porridge, 1 oat breakfast biscuit, 3 oatcakes or a serving of an oat-based breakfast cereal, so three of those would need to be consumed each day in order to confer a cholesterol-lowering benefit. 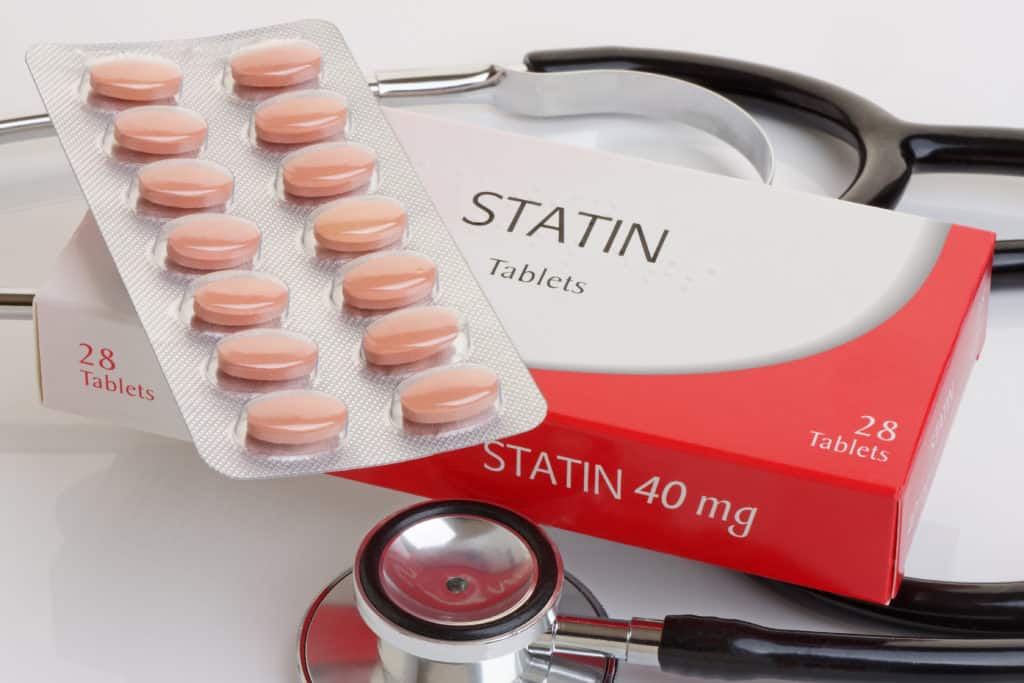